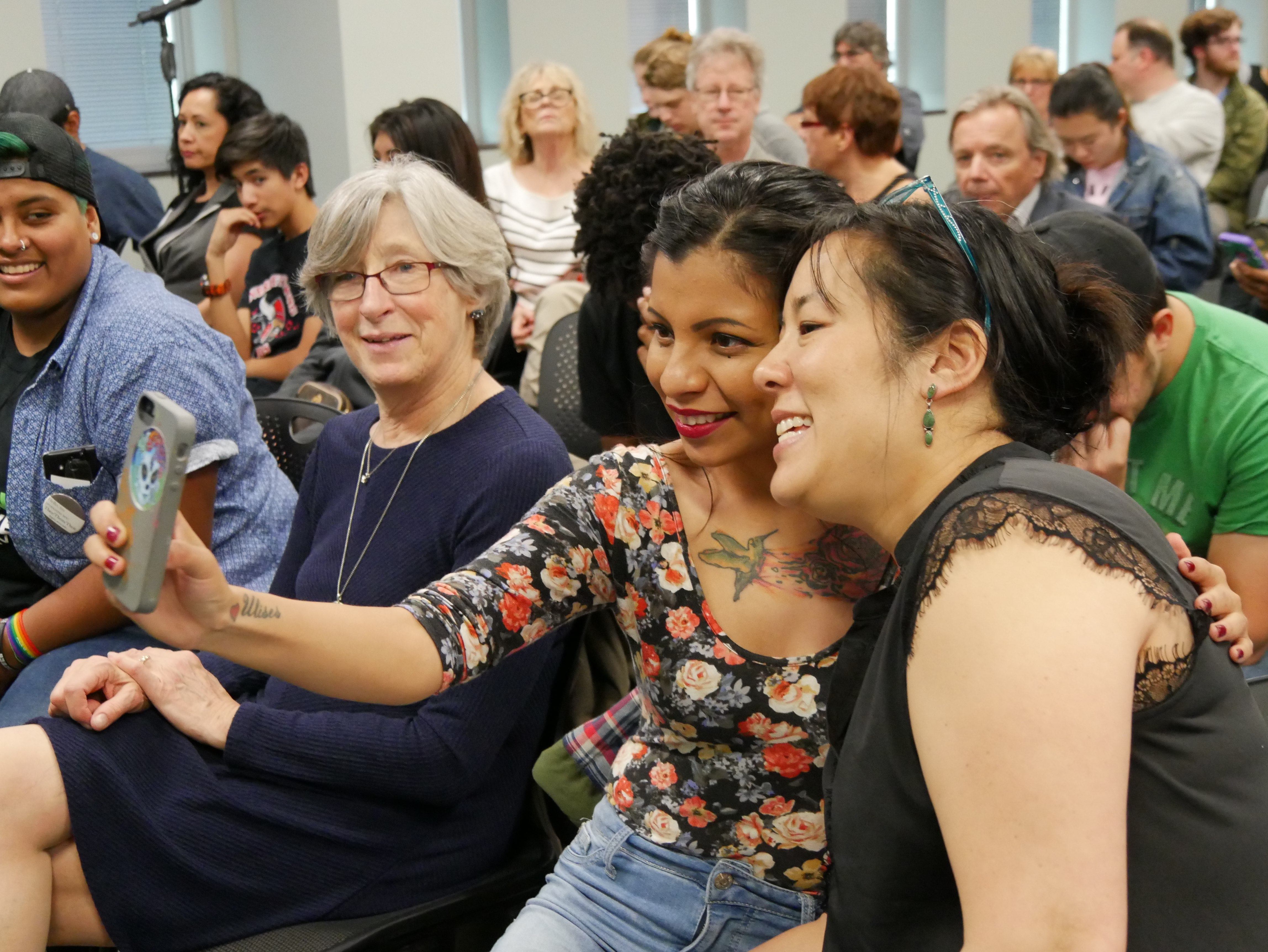 Students in Professor of Practice Carlene Ling-an Hsu’s Producing for Cinema and Television class recently had the opportunity to hear from two Academy Award-winning filmmakers.

The class was shown Inocente, a coming of age documentary about a 15-year-old girl who is an undocumented immigrant and forced to live homeless, yet this young artist is determined to never surrender to the bleakness of her surroundings.

Following the screening of the film, MacLaury shared her filmmaking experiences and answered student questions. Inocente Galicia, the subject of the film, also came to the class to talk aout the film and to answer questions.

Students were shown Curfew, which also was screened at the Tribeca Film Festival in April. It is about a man named Richie who, in the midst of attempting to end his life, gets a call from his estranged sister asking him to look after his niece, Sophia, for a few hours. Richie decides to cancel his plans and spends the evening with Sophia, who has preconceived notions of who Richie is. Richie has to overcome this perception, even though he lacks social graces.

Following the screening of the film, students got to hear from Russell and ask questions.

During these campus visits, the filmmakers also did screenings of their films that were open to the public. Inocente, Curfew, and Cul de Sac all were part of the MSU Library’s film series.

These filmmaker visits were sponsored by the College of Arts & Letters, College of Communication Arts and Sciences, Film Studies Program, Department of Media and Information, MSU’s School of Journalism, Media Sandbox, Latino/Chicano Studies Program, and the Julian Samora Research Institute.

Cross-Post: Interview with Elise Conklin and Jenna Ange, Co-Directors of From Flint: Voices from a Poisoned City

Cross-Post: An Internship in L.A.: How One Job Changed my Life